The competition is organized by the College of Computer and Information Sciences at Prince Sultan University. Summary of Programming Jam 3.0 .pdf

For complete list of ranking, please refer to https://www.hackerrank.com/contests/programming-jam-3-0/leaderboard

What is ACM-SAUDI Programming Jam 3.0

The Programming Jam 3.0 is an annual programming contest that is organized by the ACM Chapter in Saudi Arabia annually in Prince Sultan University. After the successful previous events, this year, this competition was open to all students of Universities in Saudi Arabia, as a new form of gathering programmers at national level and as a joint event among Saudi Universities.

This programming contest falls under the umbrella of ACM Professional Chapter in Saudi Arabia and is organized by the College of Computer and Information Sciences of Prince Sultan University to nurture the innovation, creativeness and collaboration to help and support new groups of software programs.

It also helps the students to test their ability to perform well under pressure with limited time. The contest will follow the format of the traditional ACM International Collegiate Programming Contest (ICPC). More details about the Programming Jam 3.0 can be found it its website: http://psu-saudiarabia.acm.org/event/psu-acm-national-programming-contest/

The map shows the distribution of number of accesses to the landing page of ACM-SAUDI National Programming Jam 3.0 from March 05, 2017 until 19 March 2017. In Total, 577 new users accessed the page where the majority came from Riyadh Province with 390 users. 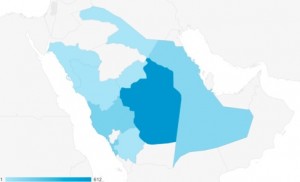 We tracked the access to the landing page of the ACM-SAUDI Programming Jam 3.0 using Google Analytics. The table below shows the statistics of page access per region of Saudi universities. 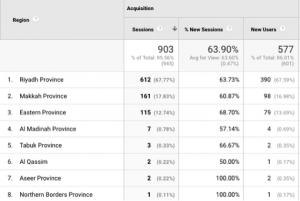 The table below shows the statistics of page access per cities in Saudi Arabia.

In response to the call for participation, we recorded 55 teams from 8 universities in Saudi Arabia. The table below shows number of registered teams.

The Programming competition contained 14 programming problems proposed for students to be solved in Java. The list of the problems titles is presented in the following table.

Credits are granted to the organizing committee of the ACM-SAUDI Programming Jam 3.0, which have demonstrated an excellent commitment to the success of the event.

The organizing committee would like to thank the following people at Prince Sultan University for their help:

Dr. Mamdouh Alenezi, the CTO of IT at Prince Sultan University for helping with providing IT facilities and access during the week-end. 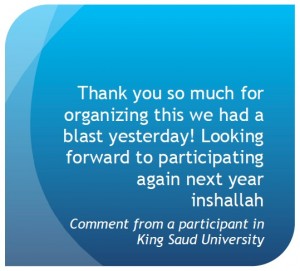